We are Proud to be a Co-operative Lender 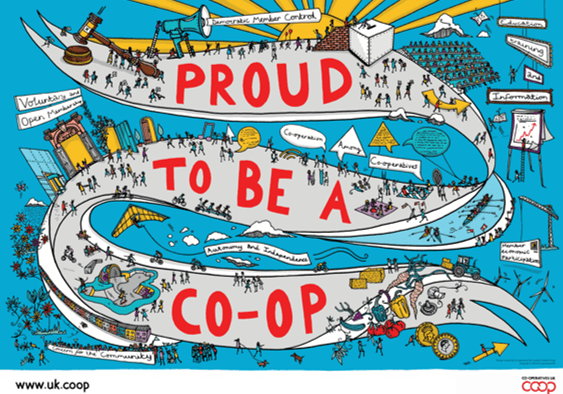 We are Proud to be a Co-operative Lender

BCRS Business Loans is a Community Benefit Society that was established in 2002 to support businesses across the West Midlands region that are unable to access finance from traditional lenders, such as banks. Often thought of as unique for a lender, BCRS was established upon co-operative principles, which it lives and breathes to this day as a proud co-operative lender.

As a co-operative business, BCRS is owned by its members, who meet on a yearly basis at an Annual General Meeting. With no shareholders to support, BCRS is able to focus on the social and economic impact its lending will generate, rather than profit.

However, BCRS is not your ‘usual’ co-operative business. Not only is it owned by its members, which meets the definition of a co-operative in a broad sense, but BCRS is also a Community Benefit Society. This means it conducts business for the benefit of the wider community with profits being reinvested back into the business, rather than being distributed to shareholders. In this case, its ‘community’ consists of West Midlands based businesses and the regional economy.

As a not-for-profit lender, any profits generated, and investments made by its members are reinvested back into BCRS’ loan funds for supplementary lending and will also attract further funding from national government, local authorities and commercial banks – further increasing the lender’s social and economic impact in the West Midlands.

Ultimately, BCRS believes that ‘no viable business should go unsupported’ and focusses on delivering funding into underserved communities, geographies and areas, with 55% of its lending in the 2020 financial year being dispersed into the UK’s most disadvantaged areas.

We work closely with key funding partners such as The Co-operative Bank, Unity Trust Bank, British Business Bank, Big Society Capital, Social Investment Scotland and Triodos Bank UK to deliver business loans from £10,000 – £150,000 with terms from one to seven years.

With an experienced and friendly team who really understand the business of business, BCRS can support organisations in ways few other funders can. BCRS understands that applicants appreciate a relationship-based approach to lending, by offering dedicated support throughout the loan application process. Furthermore, an inhouse credit team means that all loan applications are assessed based on their individual merits rather than using computerised credit scoring systems.

Social and economic impact is at the heart of everything at BCRS. We measure our successes in terms of our impact on value-added growth for small businesses, the number of jobs safeguarded, new jobs created, and the new products offered to the wider economy.

“We understand that small businesses are the backbone of our economy and a force for social good, which we are committed to doing all we can as a co-operative lender to support their growth and prosperity when traditional lenders can’t. To date we are proud to have lent over £72 million to 1,700 SMEs across the West Midlands, which has subsequently protected 8,500 existing jobs, helped to create an extra 4,600 new jobs and generated an additional £371.7 million in value to the West Midlands economy.”