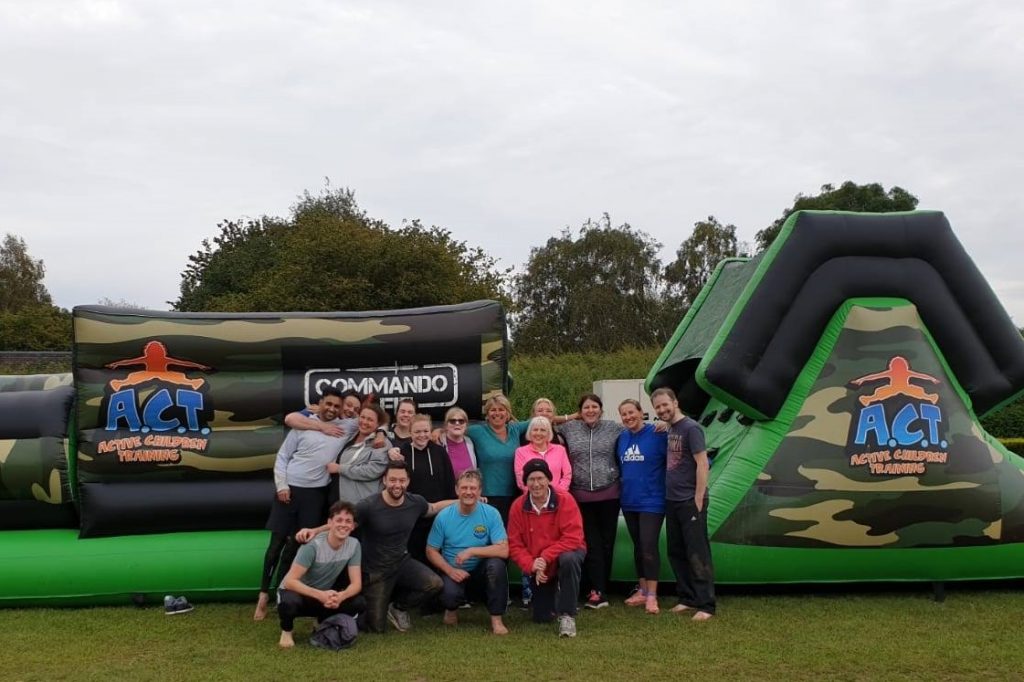 As an SME most of us see each other every day in the office, however a number of our Business Development Managers often work away from the office meeting customers or out at various networking events. We have also recently recruited additional members of the team – me included.

Here at BCRS we dedicate time each year to get together as a whole team outside of the office and talk about the strategy of the business and bond as a team.

It is said that the most successful team building events are those that do not feel like a day in the office. The BCRS team building days in October definitely didn’t take place in the office or resemble day-to-day working life at all! Two days full of fun and silliness for recognition of the team’s hard work over the past year!

What did we get up to?

First of all, we were only told about the dates that we would be out of the office – these were already in place in February! No details were released until two weeks prior – the suspense was killing us! (Sarah is very good at keeping secrets.)

Once the cat was out of the bag, the atmosphere in the office was incredible! We had been looking forward to this for months and now it’s finally here!
During the 36 hours we were there everyone was tested to their limits and definitely taken out of their comfort zone (however must add that it was a no pressure environment).

Splitting into three teams for the activities encouraged healthy competition amongst the team (we are a very competitive bunch!).
Our activities were all run by ex-marines and kicked off with team games against each other in the AM followed by a military style assault course in the afternoon – fast, furious, intense and rewarding all at once.

We were all shattered but, as the saying goes, there’s no rest for the wicked. We still had canoeing and paddle boarding on the agenda for day one… yes this was all in day one we weren’t event close to day two yet!

To end a great first day, we enjoyed each other’s company over dinner and drinks with a quiz set by the marines… more competition commenced!

Now we move onto day two… even more demanding activities ahead. We plunged ourselves into a freezing cold lake and attempted to complete a wipe-out style inflatable course. This was a lot of fun and to be honest we lost count of how many times we fell into the water- I think Matt took the overall champion trophy on that one!

To help warm us up we had a few indoor team challenges and for a less demanding end to the day we had a friendly-ish game of rounders – as I said earlier, we are a very competitive bunch!

So, what made these days so great?

Everyone was supportive of each other and got involved, giving every activity their best shot! Positive energy was expressed throughout every activity and that energy continued in the office the week afterwards. Glimpses of the highlights are still weaving their way into conversation across the office now over a month later.

We don’t just part take in team building once a year… it happens in one way or another throughout the year. Another prominent example is being involved with a BCRS team challenge where to help us get to know each other and how we all tick we take part in a team members hobby – such as surfing, going to the theatre, go-karting to name a few. Also, cannot forget the BCRS Christmas party which is on the horizon for December. The list is endless! Of course, these are optional, but most people get involved when they can.

Team building tips to take away from this post

1. Take some time away from the office to bond with your team members
2. Take any expenditure for team building as an investment rather than a burden on the business
3. Keep work practice to a minimum when implementing team building activities
4. Set challenges that push employees out of their comfort zone – but please remember to implement a no pressure environment so that team members do not feel pressured into something they are not comfortable with
5. Keep the team-spirit up by taking part in other small team activities when you can to sustain morale.